Macie Gordon has won virtually every single race this year.  We are NOT kidding, she won 7 events out of 9 and was in the final round each time.  This has to be a record.  Here is one of the best Junior pilots in the nation!  Crew Chief Pro helps Junior Dragster racers win! 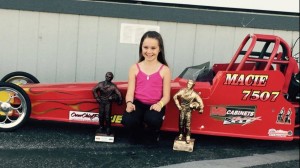 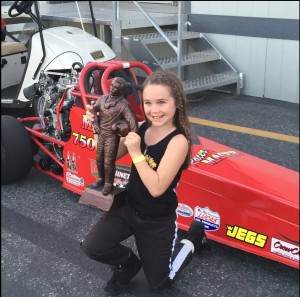 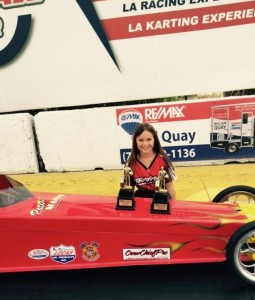 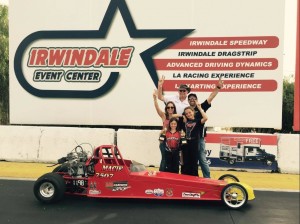 Congrats to long time customer Ray Dew on his double up at the Jegs Sportsnationals at No Problem Raceway.  Here is what Ray had to say about Crew Chief Pro support.
Thank You! I wanted to take a moment to pass along how pleased I am with CrewChiefPro. It continues to enable me to easily predict in all types of conditions. The specific weather formulas for large and small weather swings along with the ability to dial for weather related 60′ differences has increased the accuracy of my dial tremendously.
I sent a note to you guys thanking you for your support thru the website. I wasn’t able to attach a photo so here you go. You guys are great. Wish you could have made it over to the winners circle to get in the photo. We ran the table on the Sat & Sun races. Thanks for tweaking my update version.
I was a bit concerned with updating the software version. I felt that “it was already working pretty good so why change it”. It definetly turned out to be the intelligent decision. The program is performing better than ever. I also want to personally thank Don for making himself available to provide personal trackside support when I had a question.
Thanks Again Ray Dew
2015 Jegs Cajun Sportsnational S/ST Champion
2015 Jegs “King of the Bayou” S/ST Champion 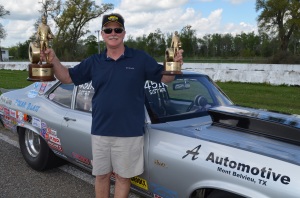 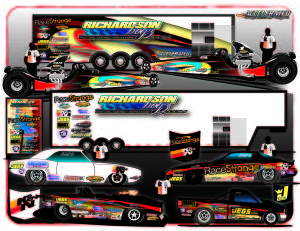 Quote from Edmond Richardson: >> We also believe your Crew Chief Pro Software works amazingly we will continue to use it for many years to come. We recommend it to anyone we talk to having problems dialing their car.  Looking forward, we plan to attend even more races then last year as our team grows. We are working on ordering a 53ft trailer that will haul 5 cars to each race we go to. Hope you guys had a merry Christmas and we wish you a happy new year!

We love our crew chief pro software, and look forward to seeing you guys in Indy. Thank you,

Don Higgins, owner and designer of Crew Chief Pro Software won the Indy National Open again this year in Super Comp.  He won in 2013 and again in 2014 over some very tough competitors.

Amazingly he did this WITHOUT a time run since the weather was so poor.  Using last year’s first run as a baseline his first round was nearly perfect, an on the brakes 8.924 which run completed to a 8.901.

A quote from Don Higgins, “Something about Indy makes me step up my driving.  Such tough competitors bring out the best in me.   The Crew Chief Pro predictions were nearly perfect every single run.  I used exactly what it told me to run and felt I was driving decent most rounds.  That .001 package in the second round got everyone’s attention, a run like that commands respect.”

At the NHRA Race in Atlanta Crew Chief Pro Customers won most of the Sportsman Classes.  We don’t just dominate the Super Classes, we can help in any class.

My name is Steve Collier and I owe a big thanks to Don Higgins and his Crew Chief Pro Software. I won the NHRA National Event this weekend in Super Gas.  Without this program there is no way I could run that many 9.90s round after round. Even the times i was on the brakes my incrementals was showing 9.897 to 9.900. I run q-16 for fuel and it has taken me awhile to get myself setup in the program to predict so accurately. Commom sense goes a long way and i finally found the sweet spot. I have 100 confidence using the Altalab weather station  and Crew Chief Pro for predictions.

Don I bought your Crew Chief Pro and an Altalab paging weather station a couple months ago and we spoke on the phone a time or two when you helped me get it up and running.

I went to a race for the first time with your setup last weekend ( 04/25/2014 ).   This was a NHRA Div. 1 National Open and ran the test and tune on Thursday. It was not a good day during the test n tune,  with bad wind and me working on my carb and throttle stop issues. I was able to get 1 or 2 good runs on Friday and yesterday I WON the race. Your program was a huge help and I ran .90’s the last 2 rounds…..I added a Wally to my trophy shelf and picked up a nice check.

Thanks for a great product and your help in getting it up and running.

The support I receive from Don and his team is second to none. They are always available to explain the intricacies of their program and do it in a way that is understandable. I’m not a techie by any stretch of the imagination so this is very beneficial to me. Crew Chief Pro is a valuable tool for my racing program whether it is at a bracket race or a .90 race. Thanks for the great product.

Thank you Crew Chief Pro, I doubled up in Belle Rose.

I cannot say enough good things about everything to do with Crew Chief Pro.  From the moment we decided to buy this program three years ago it has been nothing but positive – I could go on and on (and I do), but I will try and be specific as I think that would be more helpful!

Updates – too often when you acquire technology it is outdated before it is out of the box. With Crew Chief Pro I always feel on top of things.
Freedom – love being able to try different weather combinations when predicting throttle stops.
Instructional videos – very, very helpful.
Webinars – again, very helpful and interesting.
Customer Service – Outstanding. Both you and Joyce are so pleasant to deal with and so helpful (I seem to be using this word a lot!) You even answered one of my calls when you were sitting in the staging lanes!!!  With you being a racer also, is it  sort of like talking to a racing buddy (one who knows a lot!)

Like I said, I could go on and on, but the bottom line is Crew Chief Pro works and works well and if you have a problem it is so easy to get help.