This is a new novel by the creator of Crew Chief Pro Software. I’ve written many books as a distraction, but this one always kept me writing. I need a distraction from writing software from time to time. So, I started writing short stories that helped me return focus back to the software development. This story is special to me, and it just kept getting better and better.

This is a thriller/suspense novel. The main character of this novel is Mick Anderson. Tormented by strange issues with his hands and fingers his entire life, doctors are unable to understand or cure the condition. So, to prevent ridicule, he’s forced to keep this embarrassing condition a secret, and suffer in silence.

That all changes when he crosses paths with a young girl in a mall. Shortly after this encounter, Mick finds out this young girl has been kidnapped. After several strange encounters, he stumbles onto something that makes him investigate further.

Mick thinks he is helping the police find the missing girl, but is quickly considered the main suspect by the police. His life explodes when he’s forced into a race against time to clear his name, and find this young girl before she is murdered.

Mick must be one step ahead of the police and kidnappers as he searches for answers. During this time he realizes that other children are also in danger and he’s forced to confront his past before time runs out to save the children. Mick’s life quickly changes from a once quiet and mundane existence to one amazing adventure after another as he attempts to put the pieces of this mixed up puzzle back together.

It’s an exciting and dangerous time for Mick as he comes to terms with his new purpose. Each day brings new awareness and capabilities he never knew existed. The question he needs answered is, “Do I have the time to figure this out before other children are murdered?”

$29.95 Available on our website, or Amazon.com under the title name. Also available at Barnes & Noble, Walmart and others.

Crew Chief Pro Spotlight today is on Leo Zynda. Leo is one of the hardest working men in the .90 categories. His friend, and sidekick, Paul Turini are at every race with a smile on their faces, ready to do battle.

Leo has been racing since before dinosaurs roamed the earth. He is always a threat in either Super Gas, or Super Comp. Leo is the owner of the Ring & Pinion Shop for 45 plus years. His T-shirts are great.

Always willing to help a fellow racer, Leo is a great ambassador to the sport. And now, in 2020, he is the Division 3 Super Gas Champion! Congrats from everyone here at Crew Chief Pro Software.

Here is a story published a few years back with even more information about Champion Leo.

Mike Boehner won both divisional races at Wild Horse Pass in Super Gas, October 11, 2020.  On top of that he also won the WW Williams Super Gas shootout.  Mike has been a customer of Crew Chief Pro since 2013. 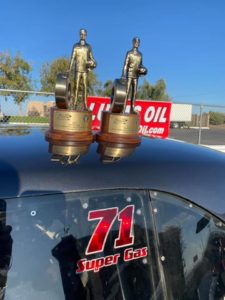 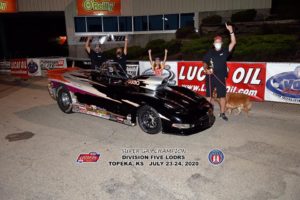 Ryan Siffring emailed us after winning Super Gas at the National Event in St. Louis in October 2020.

“Thanks Don. Your software was dead on for me past week and made it easy on me to just trust the car.”  Ryan ran a perfect 9.900

Check Out Our Sale Prices 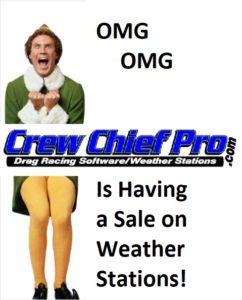 Congrats to the Agnew Racing Team, they won yesterday at the Phoenix divisional. Here is his quote:

Hey don. Thanks for the help in phoenix for the division 7 jr race yesterday with the pager issue. We managed to get past the first round without it. After getting it fixed, we went on to win the race in 10-12. 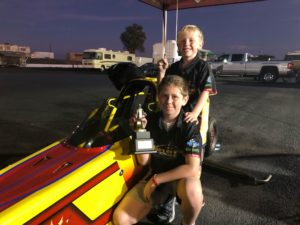 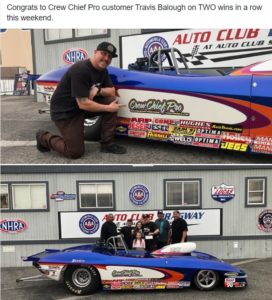 Debbie emailed me to tell us, “Our son, John,  is also the Super Street Division 4 Champion this year, Thank You!”
He also won the NHRA national event in Dallas a few weeks ago. 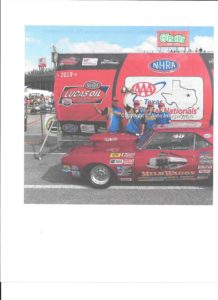 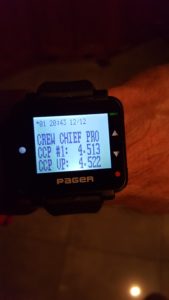 Tired of loosing your pager while in your car?  Can’t remember where it is?  Now Crew Chief Pro has the answer, our new Wrist Watch Pager!  Wear it like a watch, it has time and date also.  It will receive pages from your existing paging weather station!  We just need your frequency and cap code from your existing pager ( 7 digits ).

Automatic backlighting when a message is read, so at night you don’t have to do anything different!

$249 programmed to Your frequency and Cap Code

We also have complete paging unit for your non paging trailer stations.  These include transmitters, wrist watch pagers, power supply, antenna, and USB port connector for $799.

HI Don.  Matt O’Connell here.  I just wanted to say thank you! I really like your Crew Chief Pro Software, and after 25, or so, years.. I FINALLY got my championship!!!!!  I’ve had a great season.  4 wins, several runner ups, semi’s and 1/4’s.. for several key reasons and I believe that your software was one of them.  So thank you!! and next up is the world finals in Memphis.
Thanks again
Matt O’Connell
2018 us 41 motorplex mod champion 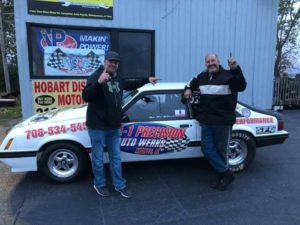